Future of AI: Will Big Tech or Startups Lead the Way 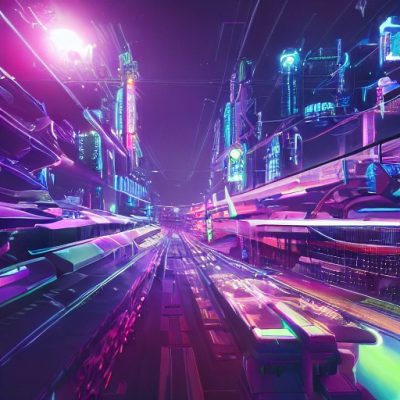 Let’s discuss whether a few companies, big tech or smaller startups, could come to dominate the AI Industry. But first, we will look at some AI statistics to illustrate the significance of Artificial Intelligence in the near future (and check out the source for more interesting artificial intelligence statistics).

It is pretty clear that there’s no way around AI and this technology will impact every company as well as everyone’s lives.

So, let’s get back to the initial question of whether big tech companies or startups will shape this future.

We can currently see that the big tech companies won’t necessarily lead innovation as AI research laboratories such as OpenAI can come up with revolutionary ideas – ChatGPT is a good example. However, in that case, Microsoft’s involvement and investment also shows that smaller startups will have a difficult time to reach scale completely on their own.

They have invested heavily in cutting-edge research and development over the last years, and have built large teams of domain experts in the field. For example, Yann LeCun is Chief AI Scientist for Meta AI Research (FAIR) and one of the leading AI experts in the world. This in-house expertise makes those companies also much faster in commercializing new AI technologies.

Big Tech has deep pockets and has been able to acquire many smaller companies and startups that are working in the space, which helped them to gain a significant advantage. They use the acquired companies to build new products and services, or to acquire new talent and technology. For example, Google acquired British AI research laboratory DeepMind to strengthen their own capabilities. Startups don’t have the financial resources to compete and have to completely rely on their new idea.

Those three factors have allowed big tech to quickly develop and improve their AI capabilities, and to gain a significant advantage over smaller companies.

However, it is also possible for smaller startups with disruptive ideas to come to dominate the AI industry. These companies may be more agile and able to innovate quickly, and they may also be more focused on specific areas of AI.

For example, a startup that develops a novel approach to a specific problem in AI, such as natural language processing, might attract the attention of larger companies and investors, or gain a large user base and grow quickly. Again, OpenAI with ChatGPT is a perfect example that startups can compete and build new innovative products and services. With the caveat that the resources of a large company are usually needed to really scale the idea (although, this problem could potentially be solved with enough venture capital).

Summarized, while large technology companies have a significant advantage in the AI industry due to their expertise, data & compute, and resources, there are still many opportunities for smaller companies and startups to make a big impact. In the end, the key to success in the AI industry is a combination of access to resources and expertise, a strong focus on user needs, and the ability to innovate and execute.

Get our latest articles, news and updates in your inbox.
Facebook
Twitter
LinkedIn
PrevPreviousThank you for the registration
NextA Beginner’s Guide to Image Classification using Deep LearningNext
Manage Cookie Consent
To provide the best experiences, we use technologies like cookies to store and/or access device information. Consenting to these technologies will allow us to process data such as browsing behavior or unique IDs on this site. Not consenting or withdrawing consent, may adversely affect certain features and functions.
Manage options Manage services Manage vendors Read more about these purposes
View preferences
{title} {title} {title}